How California’s New Bill, AB5, Will Affect the Gig-Economy. 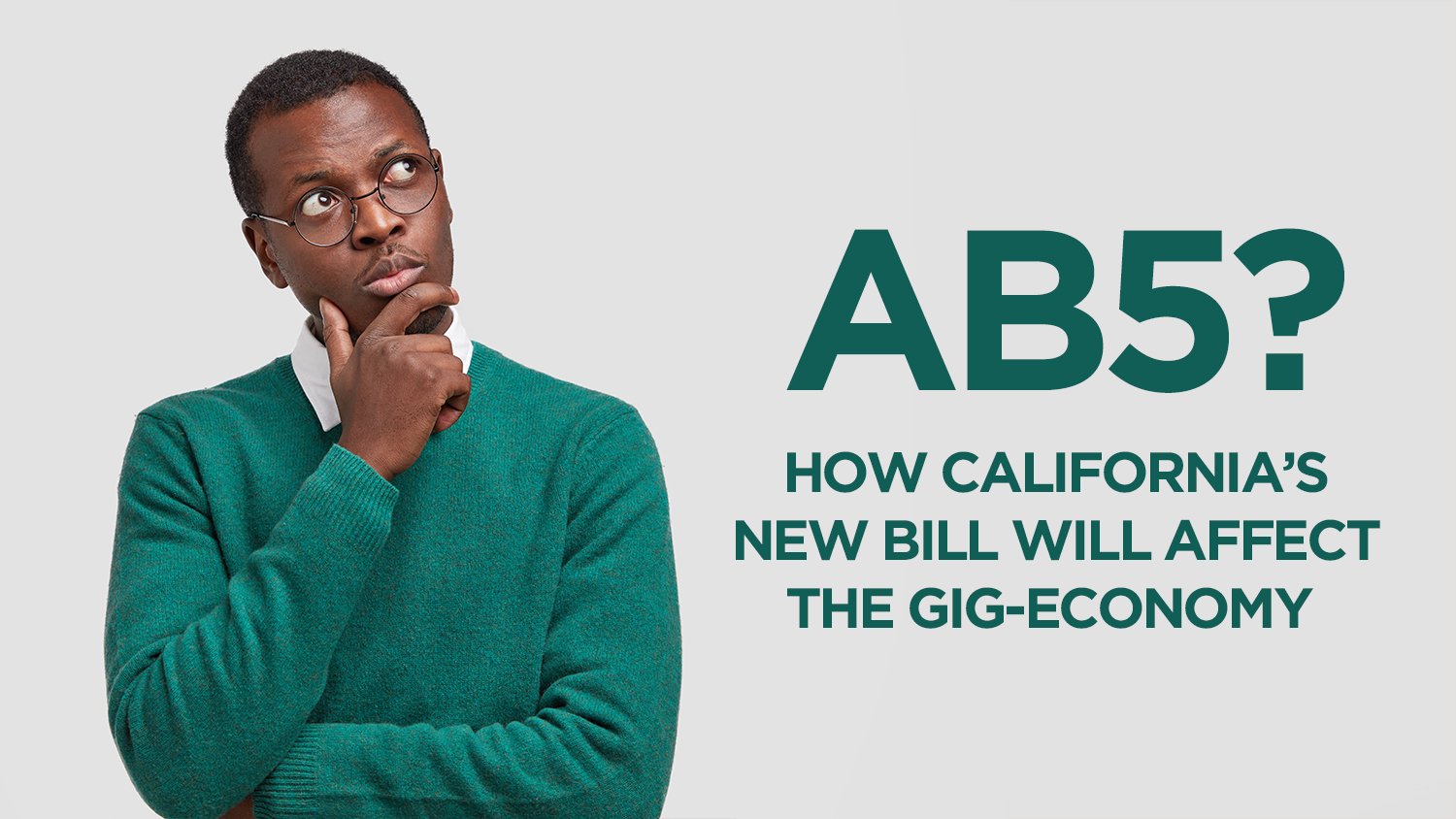 California just took a major step in rewriting the rules of the gig economy.

The state Assembly passed a bill Wednesday that would make it harder for companies to label workers as independent contractors instead of employees, a common practice that has allowed businesses to skirt state and federal labor laws. The bill will now go to the state Senate.

Hundreds of thousands of independent contractors in California, ranging from Uber and Amazon drivers to manicurists and exotic dancers, would likely become W2 employees under the bill.

That small status change is huge. These workers would suddenly get labor protections and benefits that all employees get, such as unemployment insurance, health care subsidies, paid parental leave, overtime pay, workers’ compensation, and a guaranteed $12 minimum hourly wage. It also means companies are fuming about the added cost.

California businesses have been panicking over the possibility of the bill passing.

The state’s Chamber of Commerce and dozens of industry groups have been lobbying for exemptions, and a long list of professions were excluded from the bill: doctors, dentists, lawyers, architects, insurance agents, accountants, engineers, financial advisers, real estate agents, and hairstylists who rent booths at salons.

Industry groups argue that these professionals are true independent contractors, with their own businesses and power to negotiate work contracts. Lawmakers agreed. After all, the purpose of the bill is to shrink income inequality by helping workers who employers are most likely to exploit. Uber drivers are the loudest in that group.

Even though it’s impossible to get precise data on how often employers misclassify their workers, there’s no doubt that it’s a big problem. The IRS, the Government Accountability Office, and the Inspector General for Tax Administration have repeatedly raised concerns about how often employers do this.

But opponents say the legislation would devastate many businesses and hurt workers who prefer the flexibility of setting their own schedules.

In 2017, a long-awaited report was published by the Government Accountability Office, analyzing government efforts to combat tax fraud. The report summarized findings from an IRS audit of $15.7 million in tax returns from 2008 to 2010. It turns out that about 3 million of those returns involved misclassification, adding up to about $44.3 billion in unpaid federal taxes that were later adjusted.

In December, the Treasury Department said misclassification is still a “nationwide problem” and that the IRS and Labor Department are not doing enough to address it.

California’s bill is the biggest effort yet to fix the problem. The bill next heads to the Senate Appropriations Committee. If passed there, it would go to the full Senate floor, most likely in September.

It’s going to be even more important to make sure you are in compliance regarding your workers. We recommend that companies establish a process for assessing classification status, not only when a worker starts a job but also on a regular basis to make sure their role has not changed.

Some other best practices for companies include:

We emphasize that companies need to establish and adhere to standardized policies regarding worker classification and make sure documentation is kept current.

Employers who work with independent contractors need to be prepared for an audit and ensure that they have the documentation in place to support their positions.

Gigomy helps companies mitigate the risks of employee misclassification by taking ownership of the process. We also provide comprehensive patrolling solutions to take the burden off of you. To learn more, contact us today.