“What is the Gig-Economy?” by Gigomy.com 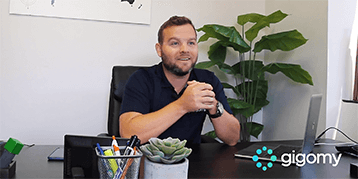 The gig economy in a sense, is a marketplace for temporary or contract workers.

Right now, 60 million workers are part of the gig economy.

By 2025, the gig economy is projected to makeup at least 50% of all American workers.

Unlike any other time in history, workers now have the option of short-term engagements, that fit their busy lifestyles, at their fingertips. In some cases gig workers don’t even have to interview. And now with the advancement of wifi technology, workers are increasingly becoming fully remote, which takes care of location restrictions. This grants employers access to a much larger candidate pool.

Businesses can now avoid expending valuable resources in terms of benefits, office space and training more than ever because of the gig economy.

As a company, using contingent workers can save money, offer flexibility, and bring unique skills to your organization. But beyond the non-compliance from misclassifying contingent employees, the full range of risk problems that can occur during operation of the tasks assigned to these employees must be considered.

Using contingent workers has its benefits, to be sure. But if that workforce is not managed properly, the costs to your company will far outweigh the benefits. As in every aspect of your operations, balancing the risks and rewards is essential and having an effective management system in place is critical.

The gig economy is here, and the gig gurus are here to help.

Visit us at www.gigomy.com to learn more about how you can take advantage of the growing gig economy!